OSTATUAK: A Basque Sense of Home 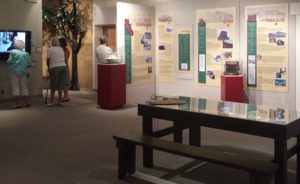 The transition to American life for Basques immigrating to the U.S. was eased by the numerous Basque-run boardinghouses located throughout the American West. These boardinghouses and hotels helped immigrants minimize the shock of moving to a completely foreign culture and allowed them to enjoy the companionship and support of their countrymen.  Many served as information employment agencies, as recreational centers for traditional handball games, and as social and cultural centers.  Few immigrant groups in this country have been so well served by a single institution, and few institutions have played so profound a role in preserving the culture, including language, cuisine, music, dance, recreation, and sense of community, of their ethnic clients (Home Away from Home by Jeronima Echeverria).