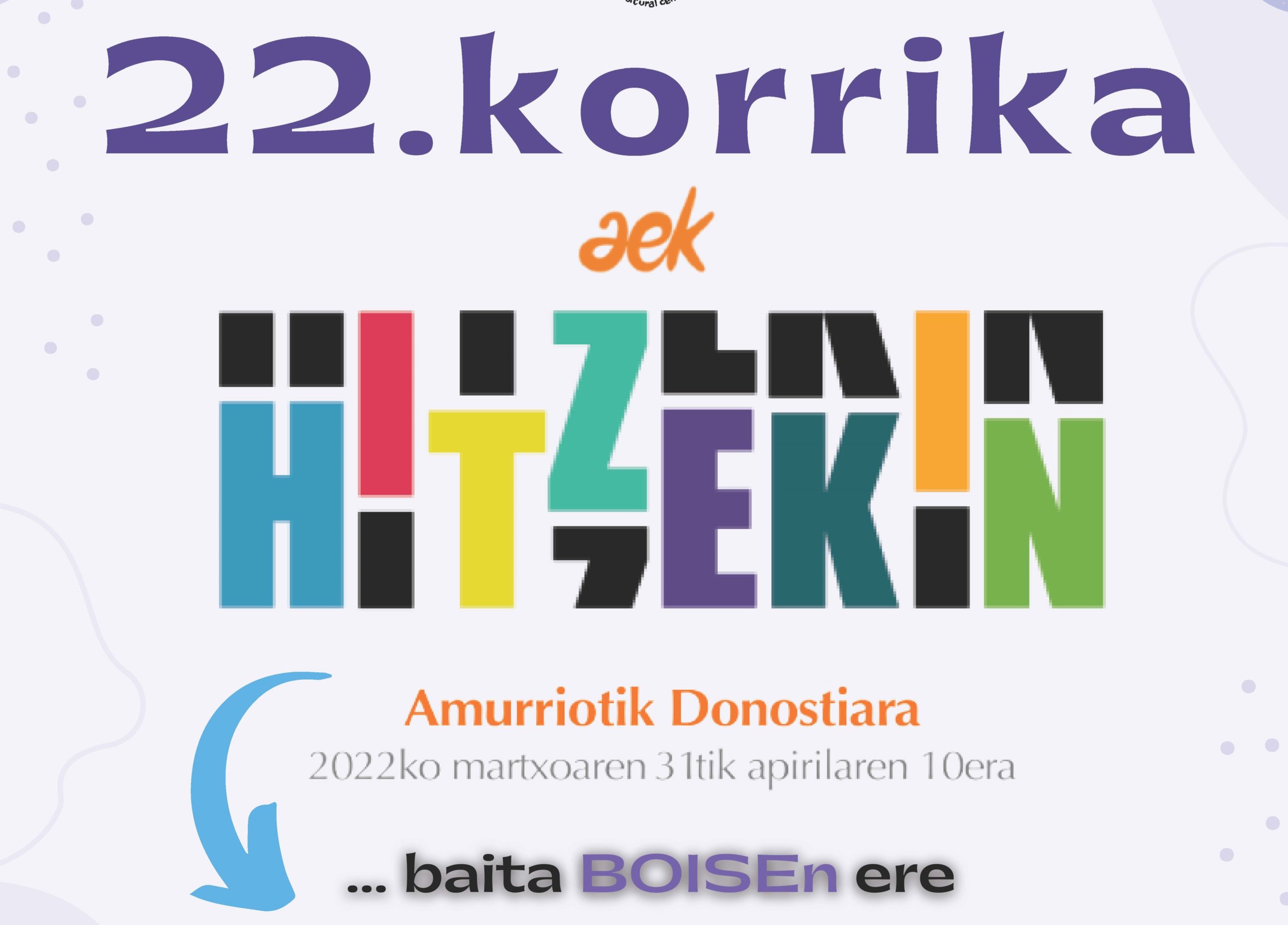 Korrika is coming to Boise! Join us at the Basque Museum on Saturday, April 2 for a fun run in support of the Basque language. Tipi tapa tipi tapa…KORRIKA!

Please join us at 11 on the Basque Block. After some brief comments, we will begin our run down Grove St. toward 3rd St. then making our way down to Julia Davis Park. From there, we’ll go up to the Capitol and finish the 3 mile fun run back on the Block. After reading the hidden messages in the batons, there will be food and drink as well as some music to liven up the celebration. Don’t miss out.

Since the first Korrika run between Oñati and Bilbao in 1980, the event has become one of the leading events in support of Basque thanks to the large number of participants it attracts. There have now been 21 editions of Korrika in the last 42 years, and on the 31st of March, 2022 a new edition will set off, covering more than 2,000 km over 11 days for the Basque language, not stopping for a moment and with the participation of hundreds of thousands of people of all ages and backgrounds. As they run, the participants carry a baton which they pass from hand to hand, kilometer after kilometer. Inside the baton is a message which is not revealed until the last moment, when it is read out at the end of the event.

Hundreds of thousands of people are estimated to have taken part in KORRIKA over the years. These numbers and the impact generated by KORRIKA show just how committed Basque society is to its language. Korrika has become an event that gets all of Basque society up and running every two years. Participation has increased every year and thousands of people volunteer to help organize it by joining the committees set up in the different villages and neighborhoods, while hundreds of cultural and fun activities take place along the way.